Written by Shauna Lillis – A Le Cheile Volunteer and Psychology graduate from the University of Limerick.

Most of us are aware of the many physical benefits of exercise (weight control, increased energy, lower blood pressure). But what about the psychological benefits? We are here to help! Research has shown regular exercise to reduce stress and symptoms of mental health conditions, such as depression and anxiety. While also helping with the recovery of mental health issues. Lets have a look at some of the beneficial factors of exercising on mental health!

Exercise is a scientifically proven mood booster, which has been found to decrease the feelings of both depression and anxiety. But how? While you exercise, changes are produced in parts of the brain which regulate stress and anxiety. These changes can include; reduced inflammation, neural growth and new activity patterns that promote feelings of calm and well-being. Brain sensitivity is similarly increased for hormones such as norepinephrine and serotonin, which relieve feelings of depression. Exercise also reduces immune system chemicals that can make depression worse. Additionally, physical activity increases our endorphin levels (the body’s ‘feel good’ chemical) both during and after exercise. As a result, this produces feelings of euphoria and happiness. Notably, exercise can also serve as a distraction, allowing you to find some quiet time to break out of the cycle of negative thoughts which feed depression.

Another mental health benefit of exercise is reduced stress levels- which in turn makes us happier. Physical activity decreases the amount of stress hormones our body releases, overall making us feel calmer. An increased heart rate which you can achieve during exercise can actually reverse stress by stimulating the production of neurohormones, which not only improve mood and cognition but also improve thinking (which may be clouded by stressful events). Similarly, exercise also forces the body’s sympathetic and central nervous systems to communicate with one another, improving the body’s overall ability to respond to stress. As well as increasing endorphins in the brain, exercise helps to relax the muscles and relieve tension in the body, as the body and mind are so closely linked, when the body feels better so will your mind.

While exercise can enhance one’s mental health, it in turn can come with many physical benefits such as losing weight and increasing muscle tone. However, all those achievements can all contribute to an increased self-esteem and confidence which likewise benefits our mental health. When we feel good about ourselves, this generates a boost for our mind and mood.

If you struggle with getting a good nights sleep, exercise can help. Physical activity has been found as a great contributor for regulating sleep. Helping you to fall asleep faster and improving your quality of sleep. It increases the body’s temperature, which can have calming effects on the mind, resulting in a better nights sleep. Exercise also helps to regulate our circadian rhythm, our bodies’ built-in alarm clock that controls when we feel tired and when we feel alert. Although, sleep experts recommend not exercising close to bedtime as you will be alert and energised, and will not receive a good night’s sleep. Instead you can incorporate some relaxing exercise such as yoga, stretching or meditation.

Exercise can boost our brain power in numerous ways, such as by creating new brain cells and improving brain performance. New brain cells are created through a process called neurogenesis which occurs during cardiovascular exercise, improving our overall brain performance. Connections between nerve cells are increased in the brain, improving memory and helping to protect the brain against injury and disease. Exercise has also been found to boost creativity and mental energy, while also preventing cognitive decline and memory loss by strengthening the hippocampus (the part of the brain responsible for memory and learning). Similarly, the same endorphins which make us feel better also help us to concentrate and feel mentally sharp. Furthermore, exercise transports oxygen and nutrients to the brain and various tissues. This means you can concentrate better and think clearly. Plus, because exercise helps your lungs and heart, you have more energy to do other things.

Studies have shown exercise to reduce the symptoms of PTSD and trauma. By focusing on your body and how it feels as you exercise can actually help your nervous system begin to move out of the immobilization stress response which characterizes PTSD and trauma. Instead of allowing your mind to wander, pay close attention to the physical sensations in your joints and muscles, even your insides as your body moves. Exercise best suited for this include; walking, running, swimming, weight training, dancing, hiking, sailing, mountain biking, rock climbing and skiing.

Other Mental and Emotional Benefits of Exercise

Stronger resilience. Exercise can help you to cope with mental or emotional challenges in a healthy way. Instead of resorting to alcohol, drugs, or other negative behaviours that ultimately only make your symptoms worse.

Prevents and fights illness. Consistent physical exercise can have many health benefits. Helping to prevent high blood pressure, reducing the risk of type 2 diabetes, some forms of cancers, and heart disease/strokes. It also reduces the occurrence of flu/cold.

Let’s have a look at some statistics and findings!

How to get started if you’ve never exercised before

As we now know, it doesn’t matter how intense your workout is. So the main goal is to find a physical activity which you enjoy doing.This way it becomes less of a chore and more of an enjoyable hobby, while also increasing your daily motivation to get up and moving. Here are a few ideas to get you started!

So, now that you are aware of all the many reasons on how exercise can benefit you daily, you just need to try it for yourself. Don’t just take our word for it, whether its light or intense daily exercise, test our theory and get yourself moving. Your mind and body will thank you!

Have you always wanted to join a board of enthusiastic volunteers in mental health? We are looking for a talented and conscientious volunteer to join our board as Peer Representative Director.
Find out more 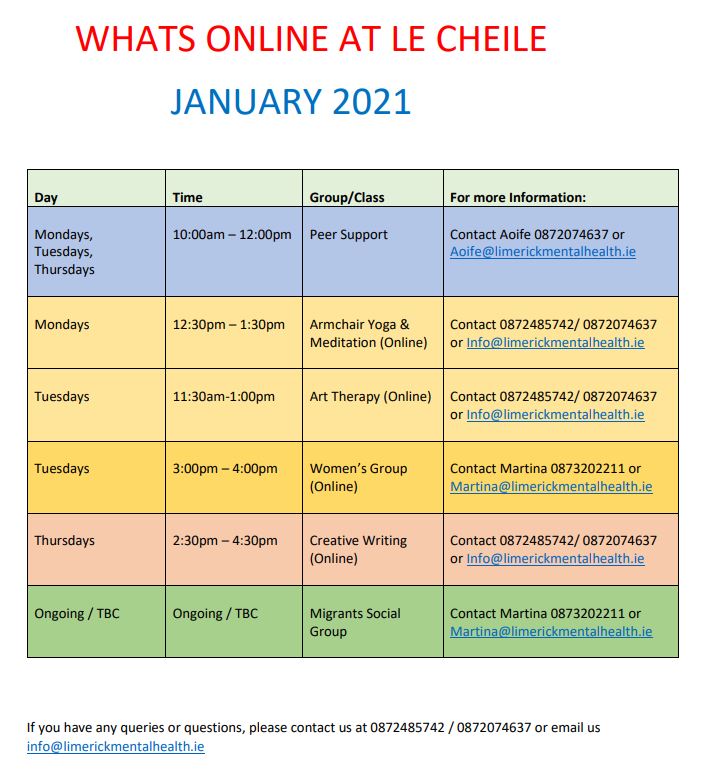